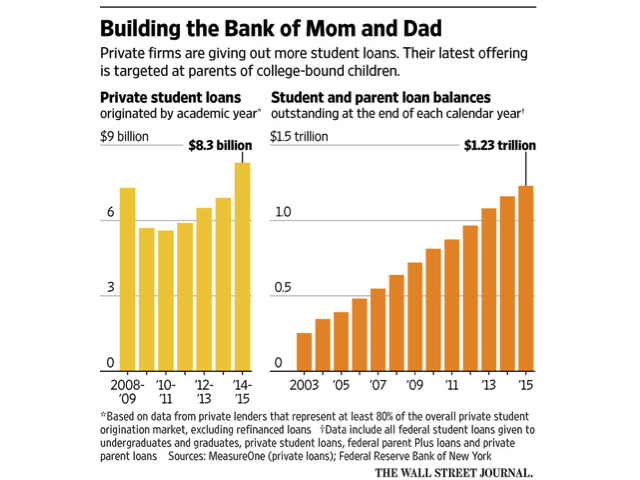 As rising tuition costs pile mounting debt on students, lenders and colleges are asking for additional alternatives: Load more debt on their parents.

A rising number of private student loan lenders are introducing parent loans, which allow borrowers to fund their kid’s education without putting their student on the hook. The loans mirrors a similar federal program (Parent Plus Loans) but don’t charge the hefty upfront fee levied by the government (4.3%), which could make them cheaper and encourage more use.  Parents will be able to borrow at interest rates ranging from about 3.75% to 10%, with 5 or 10 years to pay it off, depending on the lender.

The average student debt for graduates with a bachelor’s degree is projected to be $37,000 for 2016, up 78% from a decade ago, according to a recent WSJ article.