Student loan debt statistics for 2016 look as gloomy as ever. With record average student loan debt and increasing college education costs, the burden on young adults isn’t easing. In fact, the average college debt is roughly $37,200.

While the stock market has enjoyed record-setting gains, gas prices have fallen, and employment figures and wages have increased, those saddled with student loan debt continue to struggle to make interest payments, start families, buy homes and start saving for retirement.

According to the White House, almost 70% of those who receive a bachelor’s degree will leave their higher education institution with at least some amount of student loan debt. As of early 2016, the total amount of that tab was hovering above the $1.27 trillion mark.

If you’re one of the 43 million Americans who is currently carrying student loan debt, it can be frightening to know that this debt could essentially follow you for many years. But, it can also be at least somewhat comforting to know that you’re not alone. Knowing what you and your peers are facing on a day-to-day basis when it comes to the battle of paying off your student loans can be helpful in providing you with a direction for future planning. 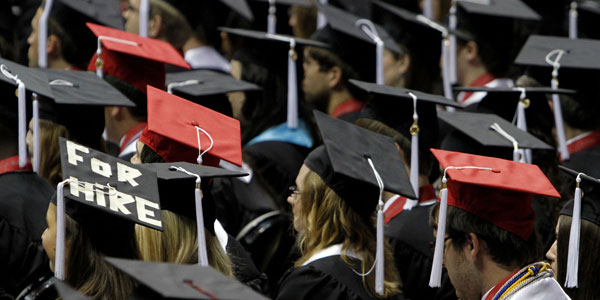 It can be tough making that student loan payment every month. But, knowing that you are one of 43.3 million other Americans who are also facing this very same type of debt may help to soften the blow – at least somewhat.

Today, borrowers who are between 20 and 30 years old are paying an average of $351 per month to chip away at their student loan debt. If you graduated or left school in 2016, the average amount of debt for your college peers is just over $37,000 – which is actually up slightly from the year prior. This level of debt may explain why the student loan delinquency rate is at 11.6%.

Other interesting student debt statistics include:

According to the College Board, the average tuition and fees at a four-year in-state public college for the 2015-2016 school year were approximately $9,410, with room and board costing an additional $10,140, making the total tab per year roughly $20,000.

Given these figures, it is no surprise that the amount of student loan debt in the United States today is considered to be the second highest level of consumer debt behind only mortgages – and most of the student loan debt is held by the Federal government.

Unfortunately, according to the Consumer Financial Protection Bureau, it is estimated that one in four students who have borrowed funds are either in delinquency or in default on their student loans. This can lead to other negative consequences, such as low credit scores and the inability to obtain home and car loans in the future.

But the actual cost of your higher education can have a lot to do with not just going to a college or university in general, but specifically where you go as well as the degree program that you choose to pursue. For example, even as far back as 2012, approximately 40% of the $1 trillion in student debt came from financing graduate and professional degrees. These can be broken down even further by the type of degree and their average amount of student debt:

Here’s a breakdown of federal student loan debt by type.

Student loan debt in America has done more than just cause an inconvenience for college grads and others who have completed their studies in one form or another. Today, this massive amount of debt is actually preventing people from making the types of large purchases, such as homes and cars, that can drive economic growth across the country. It is also impeding the ability of people to save for retirement.

So, what can you do to avoid going into student loan debt for the rest of your life? There are a couple of ways to go about it. First, it is absolutely essential that you have a plan going in. This means getting a good grasp on your overall financial situation in terms of your income and your outgo. Developing a budget can help.

You should also read up on and research all forms of student loan debt prior to moving forward with borrowing. That way, you will know exactly what you are in for – both while you are attending school, and when you get out.
Refinance Loans
If you have already borrowed your student loan funds, then you may be able to lower your rate of interest and/or your monthly payment amount by refinancing through a private loan or by obtaining a consolidation loan. Before signing on the dotted line for a new loan, though, you need to be sure that the new debt really is going to be a better deal in terms of what you owe and what you’re required to pay back. A quick calculation of your total repayment amount should help you in making this determination.

Remember, student loan debt can essentially be either a blessing or a curse. It all depends on how you go about obtaining the borrowed funds, and your plan for paying them back – and that plan begins with having a good understanding of student loans and how they will work for you.